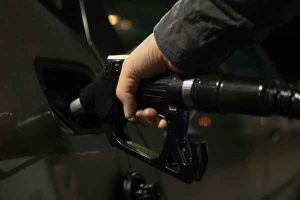 The word Petroleum is derived from two words “Petra” meaning rock and “Oleum” meaning oil. The oil which occurs naturally in porous rocky strata in liquid form is the crude oil. If it is in semi hard state mixed in sand then it is bitumen. The crude oil can be black, brown, green or even orange to yellow. It contains oxygen, sulphur, nitrogen and other items in minute quantities which determines it suitability for a specific application. The crude oil or its derivatives are marketed by volume (by gallon, litre or barrel) or weight (by metric tons ~ MT). The co-relation between 7.2 to 7.4 barrels to 1 MT is taken for rough calculation only as is it not precisely accurate.

D2 is a refinery abbreviation for Gasoil. It is the second distillate from the crude oil, and can be used without reformers and additives. So, the first engines used D2 as fuel – before petrol cars as we know them today was invented. That is because the engine invented by a German called Diesel, requires no spark plugs. The diesel engine will ignite and combust when the pressure increases so that the heated “plug” makes it explode. Here we get the name “Diesel” – since the same principles are used in diesel engines today. However, automotive diesel that you fill has additives that the refinery will add to make the engine more efficient and also easier to start in the winter. Diesel changes “flash point” in the winter. It also has additives to absorb water that condense. If you use summer diesel in the winter, you will get better mileage, but your fuel pipes may freeze and can also burst, and the wax makes the diesel flow thicker.

The principal difference between GASOIL and D2 is the content of sulphur. Just 10 years ago, the US EPA introduced a limit of 4% sulphur in the GASOIL, whereas Europe and the rest of the world followed later. As in most other cases, when you first have to remove the sulphur, it was soon discovered ways of doing this more efficient. Then it was discovered that the sulphur, as sulphuric acid, could be traded with a good profit – which now is the motivator for extracting as much as possible.

So “Low sulphur Gasoil” is no longer 4 percent – but below 0.2 percent. Then we have a new, “Ultra Low Sulphur” at 0.02% at the most, and the limit here is (a) that mass spectographs requires extensive calibration to measure below 1000ppm, and (b) sulphur has a way to form clogs – the molecules binds to free hydrogen molecules and form a cluster of molecules that will break if “cracked” by the refinery, but as explained above, D2 is a distillate and has not been “cracked”.

ISO has a standard for D2 that most of oil companies use as their reference.

In the U.S. it is ANSI that has defined the US national standard for D2, according to proposals from the ASTM, API and EPA.

In Europe there are similar national variants, e.g. in Germany set by DIN, and in Russia by GOST.

The GOST variant for D2/Gasoil is GOST 305-82 and specifies now a sulphur content of 0.02 MAX which is according to the ISO standard. However, the ANSI standard will call this “Ultra Low Sulphur”, and retain 0.2% (2000ppm) as the “Low sulphur”. The reduction of sulphur in the Gasoil used for heating has contributed to less pollution in many cities.

Automotive diesel has national variants – but the usual variants traded are EN590 and EN560 which are specified by ISO in Paris. These qualities may be sold in the U.S., and be compliant with EPA regulations in the U.S. Automotive diesel is now tested in planes with great success, where you get greater mileage per weight unit of fuel – as much as 40% increase. In these days, when no stone remains unturned to reduce emissions, one outcome may be that planes will fly on Gasoil and not kerosene. The problem is condensate / ice particles and wax that may cause the jet engine (which is a turbine) to be completely destroyed. A preliminary solution is to heat the gasoil before injection, and pass it through an electrostatic filter. 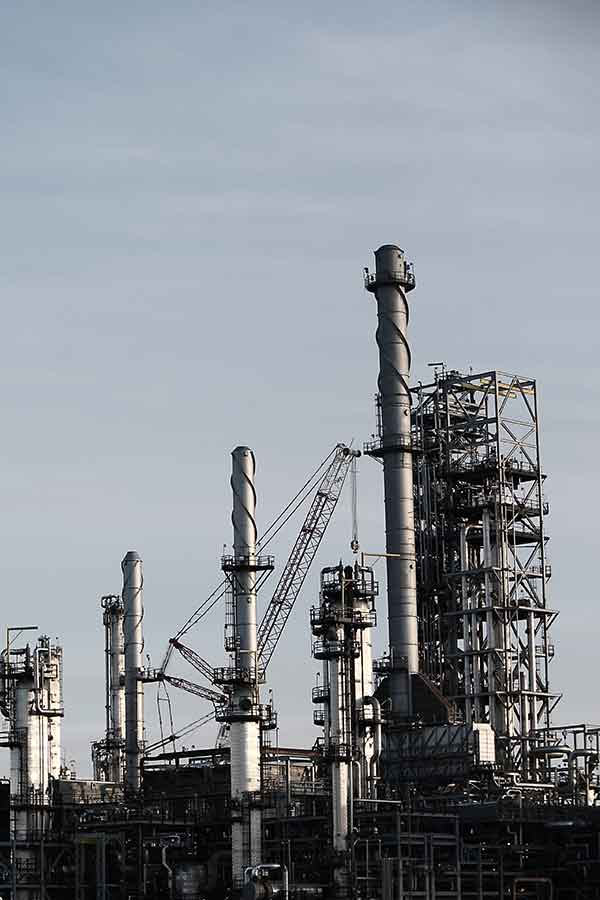 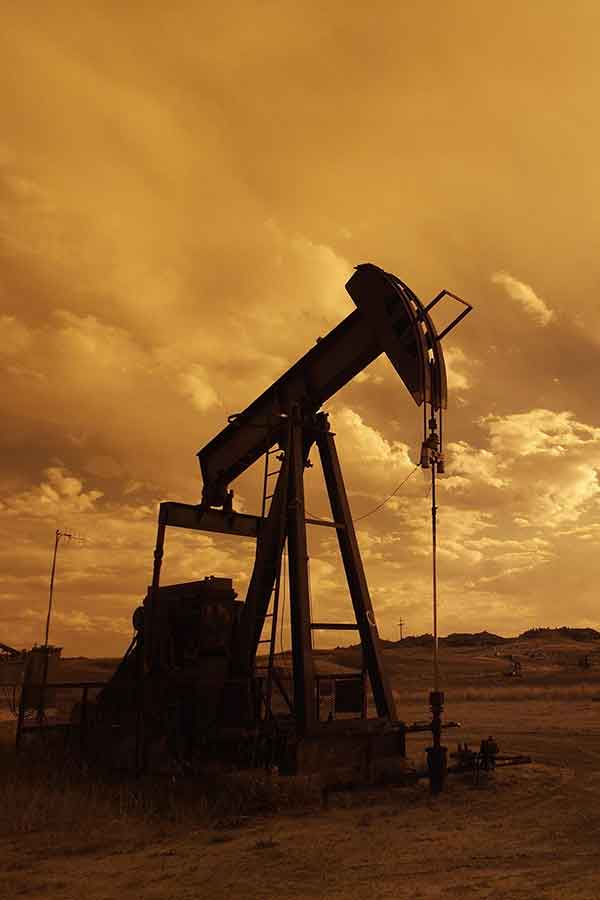 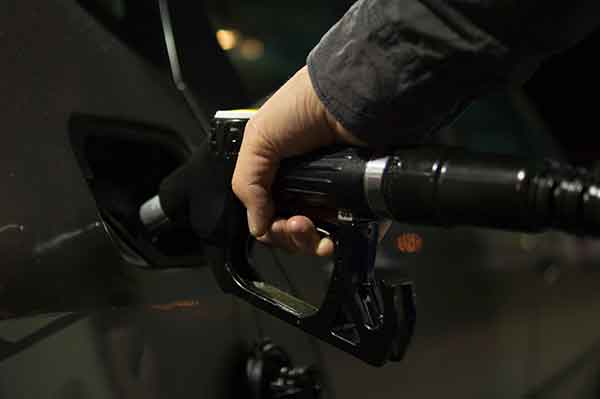 Is a transparent petroleum-derived liquid that is primarily used as a fuel in internal combustion engines. It consists mostly of organic compounds obtained by the fractional distillation of petroleum, enhanced with a variety of additives. Some gasoline also contain ethanol as an alternative fuel.

Gasoline is a complex mixture of relatively volatile hydrocarbons that vary widely in their physical and chemical properties. The fuel properties must be balanced to give satisfactory engine performance over an extremely wide range of operating conditions. The prevailing standards for fuel represent compromises among numerous quality, environmental, and performance requirements. Antiknock (octane) rating, distillation characteristics, vapour pressure, sulphur content, oxidation stability, corrosion protection, and other properties are balanced to provide satisfactory vehicle performance. Additives are often used to provide or enhance specific performance features.

Jet fuel is a type of aviation fuel designed for use in aircraft powered by gas-turbine engines. It is clear to straw-coloured in appearance. The most commonly used fuels for commercial aviation are Jet A and Jet A-1 which are produced to a standardized international specification. The only other jet fuel commonly used in civilian turbine-engine powered aviation is Jet B which is used for its enhanced cold-weather performance. 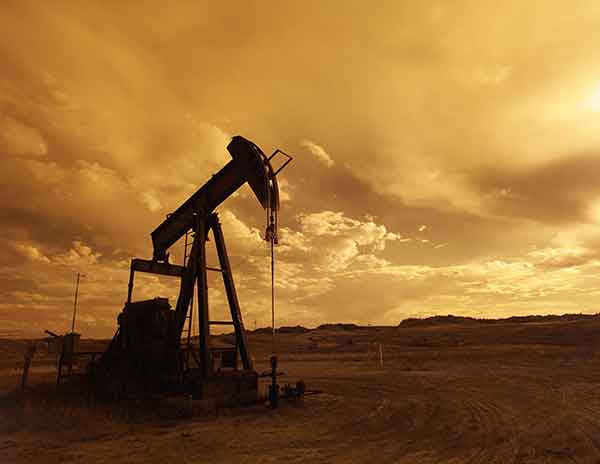 Mazut is a heavy, low quality fuel oil, used in generating plants and similar applications. In the United States and Western Europe, mazut is blended or broken down, with the end product being diesel. Mazut-100 is a fuel oil that is manufactured to GOST specifications, for example GOST 10585-99. Mazut is almost exclusively manufactured in the Russian Federation, Kazakhstan, Azerbaijan, and Turkmenistan. The most important thing when grading this fuel is the sulphur content.

Mazut 100-75 VLS and Mazut 100-99 Grade I are actually the same thing. GOST merged the old classifications of 75 and 99 into a new seven grade classification, all under 100-99. For whatever reason, many people still use the old 75 classification; particularly the Chinese.

The grades are represented by these sulphuric levels:

EN590 describes the physical properties that all automotive diesel fuel must meet if it is to be sold in the European Union, Croatia, Iceland, Norway and Switzerland.

​The EN 590 had been introduced along with the European emission standards. With each of its revisions the EN 590 had been adapted to lower the sulphur content of diesel fuel – since 2007 this is called ultra low sulphur diesel as the former function of sulphur as a lubricant is absent (and needs to be replaced by additives).

The quality of European diesel fuels is specified by the EN 590 standard. While these specifications not are mandatory, they are observed by all fuel suppliers in Europe.

Ultra-low-sulfur diesel (ULSD) is diesel fuel with substantially lowered sulfur content. As of 2006, almost all of the petroleum-based diesel fuel available in Europe and North America is of a ULSD type. There is not a single standard set of specifications and as the government mandated standard becomes progressively more strict so does the definition.

The move to lower sulfur content is expected to allow the application of newer emissions control technologies that should substantially lower emissions of particulate matter from diesel engines. This change occurred first in the European Union and is now happening in North America. New emissions standards, dependent on the cleaner fuel, have been in effect for automobiles in theUnited States since model year 2007.

​ULSD has a lower energy content due to the heavy processing required to remove large amounts of sulfur from oil, leading to lower fuel economy. Using it requires more costly oil.

In the European Union, the “Euro IV” standard has applied since 2005, which specifies a maximum of 50 ppm of sulfur in diesel fuel for most highway vehicles; ultra-low-sulfur diesel with a maximum of 10 ppm of sulfur must “be available” from 2005 and was widely available as of 2008. A final target (to be confirmed by the European Commission) of 2009 for the final reduction of sulfur to 10 ppm, which will be considered the entry into force of the Euro V fuel standard. In 2009, diesel fuel for most non-highway applications is also expected to conform to the Euro V standard for fuel. Various exceptions exist for certain uses and applications, most of which are being phased out over a period of several years. In particular, the so-called EU accession countries(primarily in Eastern Europe), have been granted certain temporary exemptions to allow for transition. Certain EU countries may apply higher standards or require faster transition. For example,Germany implemented a tax incentive of per litre of “sulphur free” fuel (both gasoline and diesel) containing less than 10 ppm beginning in January 2003 and average sulphur content was estimated in 2006 to be 3-5 ppm. Similar measures have been enacted in most of the Nordic countries, Benelux, Ireland and the United Kingdom to encourage early adoption of the 50 ppm and 10 ppm fuel standards.